Breaking Down The Court For Calling Defenses 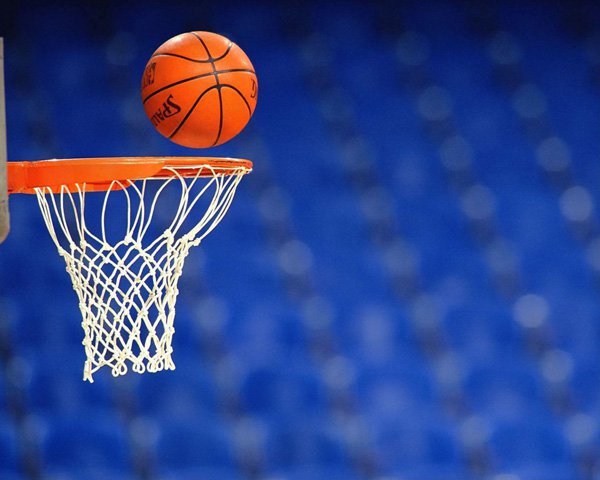 When I look back forty years, it seems pretty innovative for the times that I was calling defense for high school basketball - things like: 50A, 12 B, 13C, or 21D.

In 1973, I was in my second year as head basketball coach and athletic director at a small California private boys boarding school. There were 200 boys in the school and nine of them were on the varsity.

I was still young and capable enough as a player, so most days it fell to me, my team manager or a borrowed JV player to be the 10th player.

We had 75 minutes to practice, before I had to dismiss the team, in order to shower and dress in coat and tie and be ready for dinner.

Because there was so little practice time, I began to institute a number of ideas for getting the most out of those 75 minutes each day. We used the JV practice time for conditioning outside the gym and later for watching film from our games. As soon as the jayvees vacated the floor, we immediately went into a series of Station Drills that utilized all six baskets in a variety of fundamental drills.

With a small team, in both numbers and stature (no one over 6 feet), and with the previous year's experience, I knew that focus on fundamentals and defense was going to be crucial for our success. I also wanted to expand our challenge and scheduled early season matches against much larger schools - one with 3000 enrollment. I began to develop concepts and ideas that evolved into what I began calling our "Giant Killer Defense", as we were actually beating teams with larger players and larger enrollments.

In previous coaching assignments, my teams had enjoyed a good deal of success employing pressing defenses and fast break. Now, facing so much larger schools with bigger players than we had, my teaching challenge was set. We needed to beat the other teams on the open floor. In order to overcome lack of size and talent, we needed to be better in executing fundamental basketball and to be in better condition than our opponents. In order to play the wall-to-wall kind of game I was installing, this all needed to be taught – rebounding, tough, hard-nosed defense and fast breaking from every opportunity, all the while keeping the offense simple and inside 15 feet. (We were still a dozen years away from the 3-point line being introduced.)

Focusing on conditioning meant we had to run miles in practice every day, so that a 32 minute game seemed like a walk in the park. Since we had a small gym, we threw out the lines and literally played wall-to-wall. Focus on defense and fast break meant that offensive talent was not the highest priority. I only had one star offensive player and the rest worked hard at rebounding, at scoring off layups and put backs. Also, I could play all nine players and keep fresh legs in the game. We were going to be playing "Blitz Basketball" at a high level.

I spent much of my time teaching defense and the nuances of various defenses, in order that the players could recognize which defenses worked best versus varying offenses and also to understand the weaknesses found in different defenses. This would help their understanding for offensive attack, as well.

We learned a variety of defensive looks – zone and man – including camouflage techniques (making a zone look like man and man look like zone). As the season opened, we were ready to unleash this defensive juggernaut with about 15-16 different looks. Large school teams, who thought playing a small private school would just be so much exercise, went away shaking their heads at how they could lose to a bunch of long-haired, short-legged kids with mediocre talent.

Needless to say, our players were sold on defense and fast break as we kept our larger opponents on their heels. We won our league and went 17-7 that year using the "Giant Killer Defense", with our losses coming from larger schools and in the small school Southern California playoffs.

Fundamentals, defense, fast break and the discipline to use these well had us playing "Blitz Basketball" at a high level.

Now, with so many defenses to choose from, in order to match up well with opponents' size, talent and offensive strength, and to be able to capitalize on whatever weaknesses they might exhibit, I needed a communication system that transcended time outs and dead ball situations. I wanted to be able to change defenses on the run.
I divided the floor into four parts – full court, ¾ court, ½ court, and drop-back. Using cue cards, I was able to hold them up and call the defense I wanted.

Depending on where offensive players lined up, we might automatically move, from say a 1-2-2 (our basic zone look) into a 1-3-1, if an opponent moved from a low box to the elbow or high post. The low defensive player would just move up with the posting player and call out to his other defenders that there was a posting player. This would automatically key a shift in the others' positioning. The same thing could happen from a 2-1-2, becoming a 2-3. without a good point shooting guard, a 1-2-2 we could drop the defensive point back and look like a 3-2. (This was early days of using match-up zones.) We even had to come up with a 4-1 (2-2 box + 1), and a 1-2-1 triangle +1 for certain high scoring offensive players. As you can see, there are many permutations that can be utilized.

If a post player set up at a mid or high post, we might use a 2-1-2 look rather than a 1-3-1. The whole idea was to always remain fluid and flexible. We learned this through constant drill. Moving offensive players into all types of scenarios was the best way to teach this. Also, I taught that the players were all connected with rubber strings and when one position player got pulled out of place the others automatically got pulled into positions to complement the player who was pulled out. This worked for both man and zones. We were always in help defense (http://www.top-basketball-coaching.com/Triangle-Defense) - closing the gaps between defensive positions, stopping cutters and flashers. I also drilled repeatedly to react on the ball and not to turn one's head to see where a pass went. You know where a pass is going when it leaves the passer's hands, so react to that direction "now"!

I used zone techniques (Triangle Defense) in man, and man techniques in zone. Whenever a player is playing on the ball, that's man technique. When 2 defenders come together to trap or stop penetration, that's zone. Over-playing a man one pass away is a man technique. (http://www.top-basketball-coaching.com/whyteachmanD )

From every different defensive scenario, we drilled where the rebounds would come from. We drilled blocking out the nearest offensive player and anticipating the bounce. Only in this way could we overcome a height deficit and be able to get our fast break launched.

We might run a 50A, shadowing the ball up the floor, over-playing each offensive player and at half court switch into a zone.

The basic teaching concepts – wall-to-wall defense and help defense – how to front cutters and flashers, over-play the passing lanes and players one pass away, always be adjusting our feet to be able to see the ball and our man, or who is in our zone, fight screens, set effective traps, and in every defensive set, arms are extended in the passing lanes and be quick to rebound positions with 4 players hitting the boards and one player as streaker (http://www.top-basketball-coaching.com/teachingrebounding ).
.
From all this defensive detail teaching, strategies and maneuvers, we developed our offense – primary and secondary breaks, after which we then might have to use some simple screening and cutting offensive moves when needing to be in half court offense.

We didn't need to spend a lot of time on teaching and learning complicated offenses. We utilized things that worked equally well versus man or zone defenses. And, because we pressed and played aggressive defense every day in practice, there wasn't much that another team could do to us defensively that we hadn't already faced and learned to react to in every practice.

Good, hard, defense makes for easier offense. Teaching is the key for all the above to equal success.

Basketball is arguably one of the most fast-paced and physically demanding sports. Here are a few ti

The NBA Needs To Change Its Playoff Format Now

Dribbling is a very crucial aspect of basketball, and the more skillful the player is in it, the eas